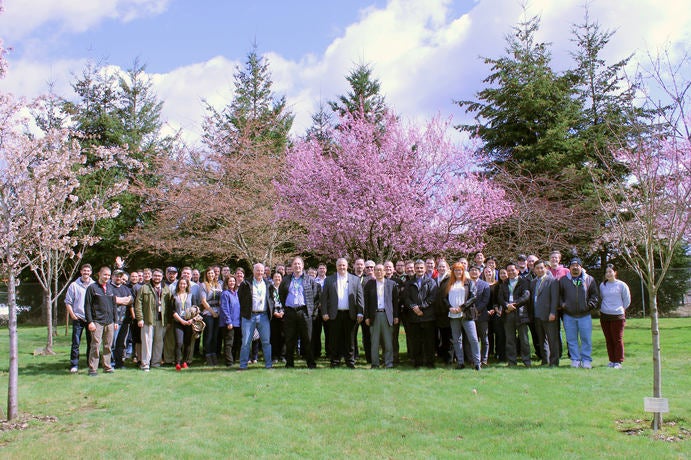 Celebrations began with associates attending a tree planting ceremony; where President and CEO Moriyuki Onishi and Executive Vice President and COO Dennis Frett’s addressed the years leading up to this historic event.  As their speeches concluded, the two shoveled the first mound of soil on to the tree’s base and passed the shovels on to associates so they could take part in the ceremony.

After the ceremony concluded, associates were invited to a special event held on-site where they were given a Terms Guide (which listed terms commonly used at TCA/CMA) in order to encourage interoffice communication and awareness, reflective safety stickers, an event guide, and a crossword activity which could be turned in upon completion for a chance to win more prizes. Many open-house style tables and displays were setup for associates to explore, including a banner showcasing all the milestones TCA achieved and many photos from the company’s past.

With the conclusion of the event and TCA’s history coming to a close, there was one last gift to present.

In honor of achieving CMA’s first milestone in history, all of the associates were gifted jackets embroidered with the company’s new logo.   As CMA begins its journey, we look forward to future productive and successful endeavors.