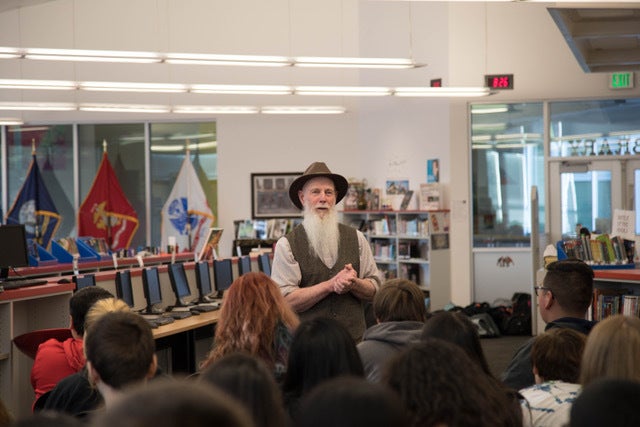 Promoting responsibility as a corporate citizen (CSR) and reaffirming Toray’s strategic commitment to Safety, Accident Prevention, and Environmental Preservation, Toray Composites (America), Inc. (TCA) hosted actor and historian, Lee Stetson, to return as John Muir.  John Muir is considered the “Father of the National Parks” and championed conservation and environmental preservation through his writings in the late 19th and early 20th century.

Lee, playing the part of Muir, entertained and educated students in four different middle schools in the Bethel School District surrounding TCA’s Tacoma, WA plant.  Following the reenactment, students had the opportunity to ask questions like: “Were you ever married?”, “What was the most difficult National Park to create?”, and “What are the most difficult forces against environmental preservation?”.

As a result of the corporate merger of Toray Composites (America), Inc. and Toray Carbon Fibers America, effective April 1, 2017, Toray Composite Materials America (CMA) will continue their outreach and CSR activities in and around business locations across the United States.